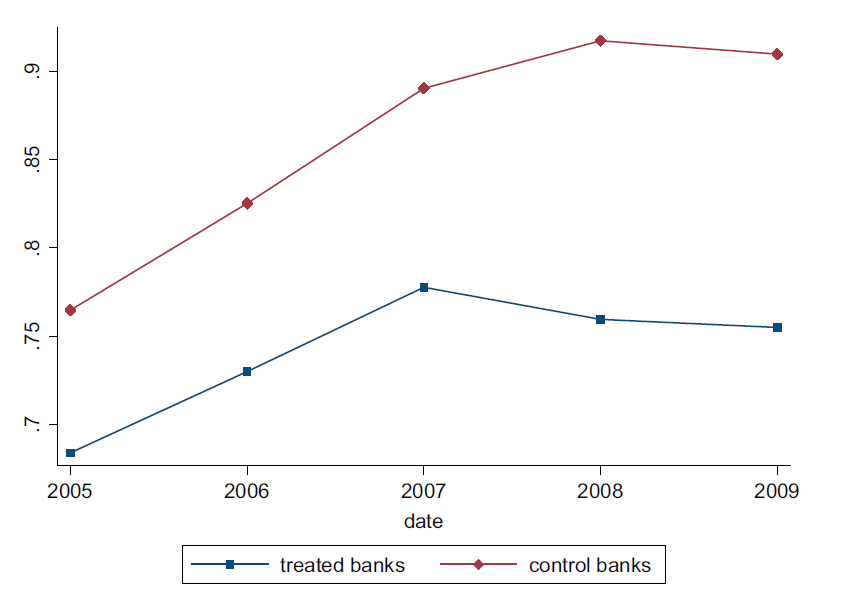 I further analyze the transmission of this shock to the real economy through the reduction in the real estate loans by examining house prices in the MSAs where affected banks have branches. My findings show that 1 percentage point increase in the weighted average fraction of long-term debt that matured during the crisis resulted in a 0.13 percentage point decrease in the growth rate of house prices.
Overall, I find that bank lending establishes a transmission channel where negative liquidity shocks are transmitted from banks’ balance sheets to the real economy, and that holding higher bank capital ratios, higher deposit ratios, and lower short-term debt ratios mitigates the transmission through this channel.