We demonstrate that currency networks in cross-border bank lending have a significant impact on the size, distribution and direction of international monetary policy spillovers.

The combination of exceptionally low interest rates and unconventional monetary policies implemented by advanced economy central banks in the aftermath of the Global Financial Crisis has generated a heated debate about cross-border monetary policy spillovers, focusing on the impact of interest rates in major currencies on global financial conditions, and on the possible transmission channels.

We take advantage of the newly available dimensions in the enhanced IBS in order to conduct a more granular empirical examination of the international risk-taking channel of monetary policy. More concretely, we utilise the newly-available data dimensions in the enhanced BIS international banking statistics to examine the 2013 US Fed taper tantrum episode as an example of a major US monetary policy shock, which had a large impact on global cross-border flows.

US dollar share in cross-border bank lending in Q4 2014

By nationality of lending bank (columns) and residence of borrower (rows), in per cent 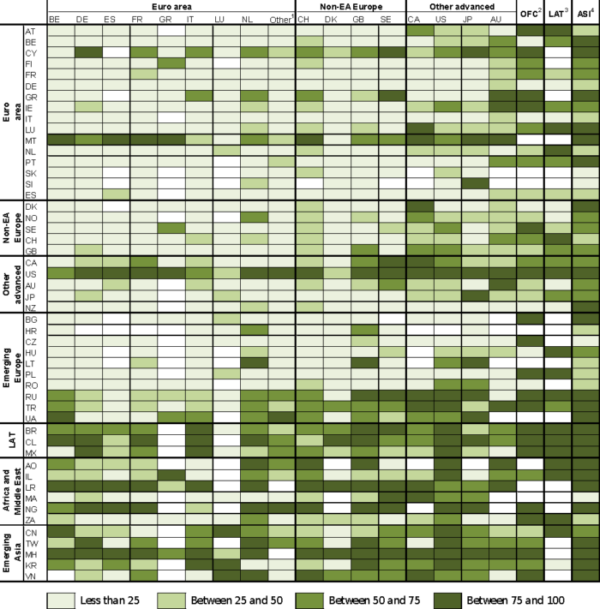